The Warden of the North

Really trying to figure out color. I feel I'm making a lot of progress!

This dwarven warlord, Rimtar Ultershorast, is my submission to the Dwarf Fortress Gladiator Tournament. Unfortunately he immediately got tackled and gouged by a sasquatch named Patty. I love that game for its creative opportunities.

Painting is going a side hobby now. Soon I want to learn blacksmithing too.

A young soldier thanks the armorsmith after his first battle
4/18/21
I don't usually draw emotional things (except anger) but this idea hit home I guess. I got the idea from Dwarf Fortress, in the battle logs I found that while fighting a goblin invasion, a younger dwarf who was born and raised in the fort had a lot of arrows blocked by his armor. I like imagining the gratitude one would feel upon finding that they would have died if not for the good craftsmanship of another, like parachutes packed by average citizens in WWII I think.
I found there is a lot of overlap between the facial expressions someone who is frantically thankful and someone who is just frantic.
In this situation I don't think the smith would really know what to do, so I just made him kinda stiff.

Drawing my friend Ben's character, Nomu. I interpreted them as a woman but later found out they don't have a decided gender :)
Sidenote: Working out in real life has actually helped me understand anatomy better!

Working on color some more. This is the first background I've painted that I'm actually happy with. Still working my way to up fully painting something complicated like his armor. Now my process is: draw in thick black lines for form -> erase for detail -> paint under it.

Figuring out how to shade metal.

I didn't plan the scene very well; Hercules is covered up!

An early design of Titus, the main character in my capstone project. He is a mechanical automaton that repels a group of space capers from his temple.

A fun one, I'm enjoying this new style of erasing to get more precise shapes and values.

I gave him gambeson over his plate armor to resist fire, and some leather. I enjoy armor that messes with the shape of the wearer. This character's silhouette looks kind of clumsy, but that is an illusion caused by the thick gambeson bulking up his body. 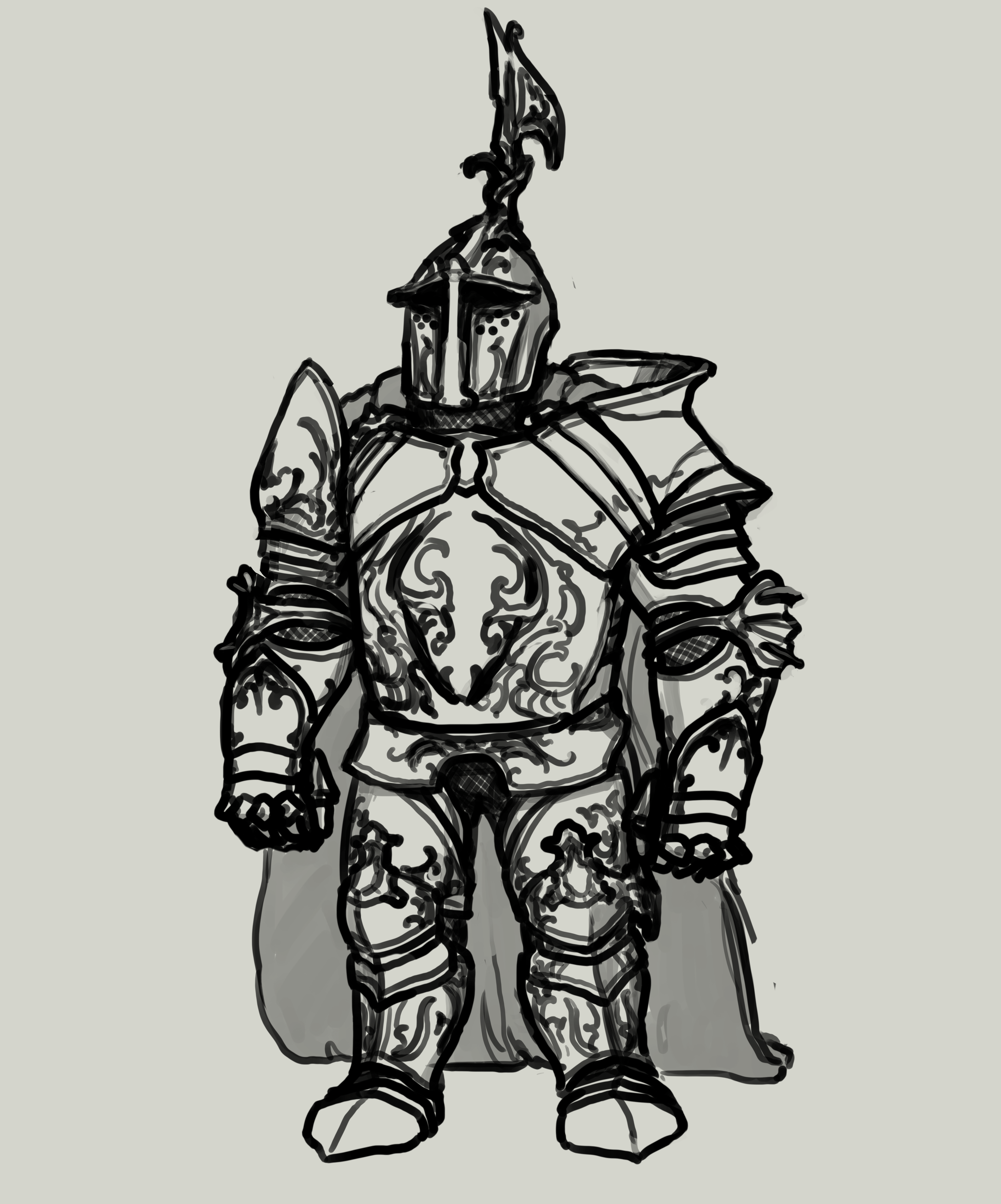 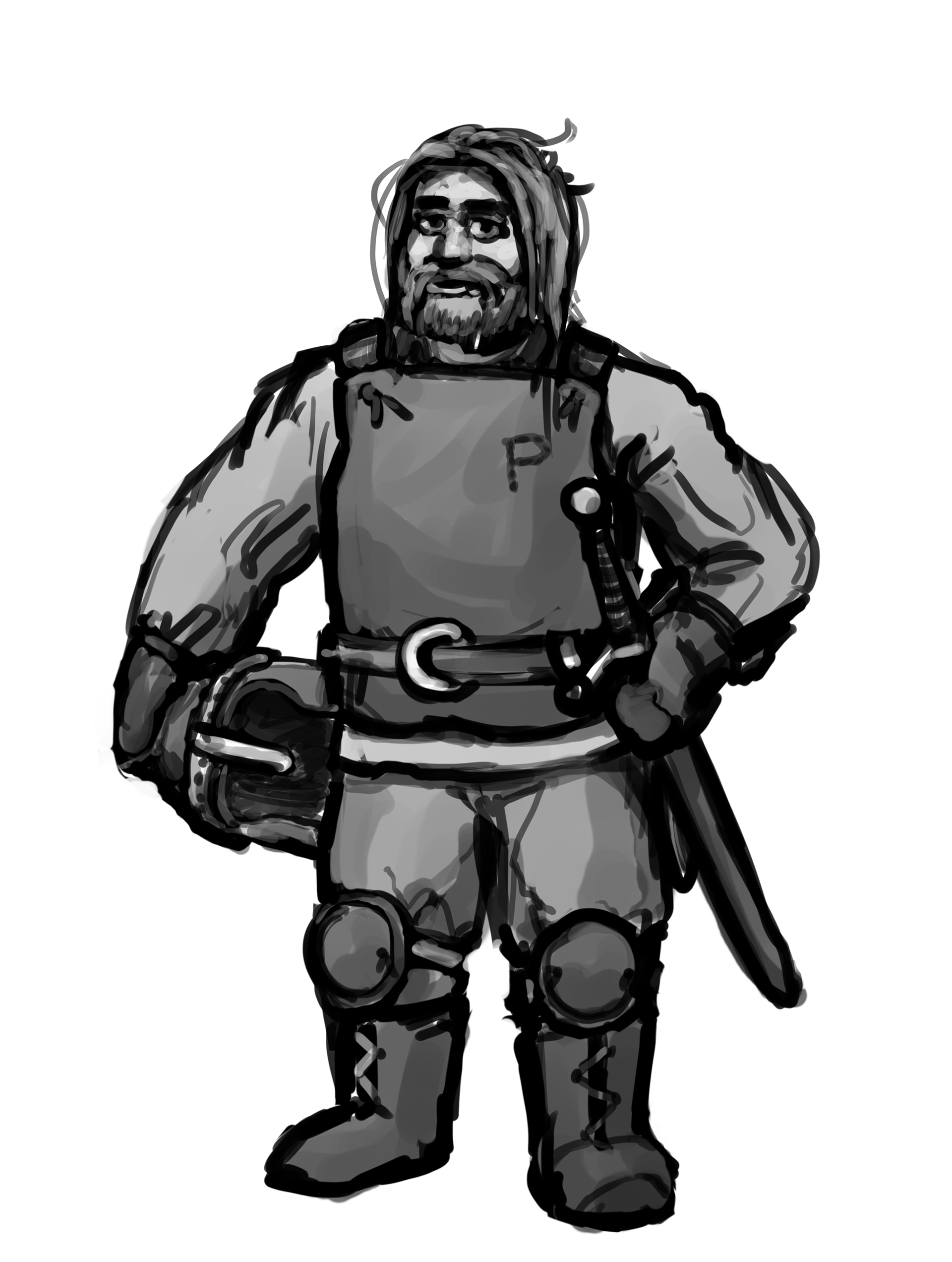 While playing Dwarf Fortress these are some characters I imagine. It's interesting to work with dwarven proportions. 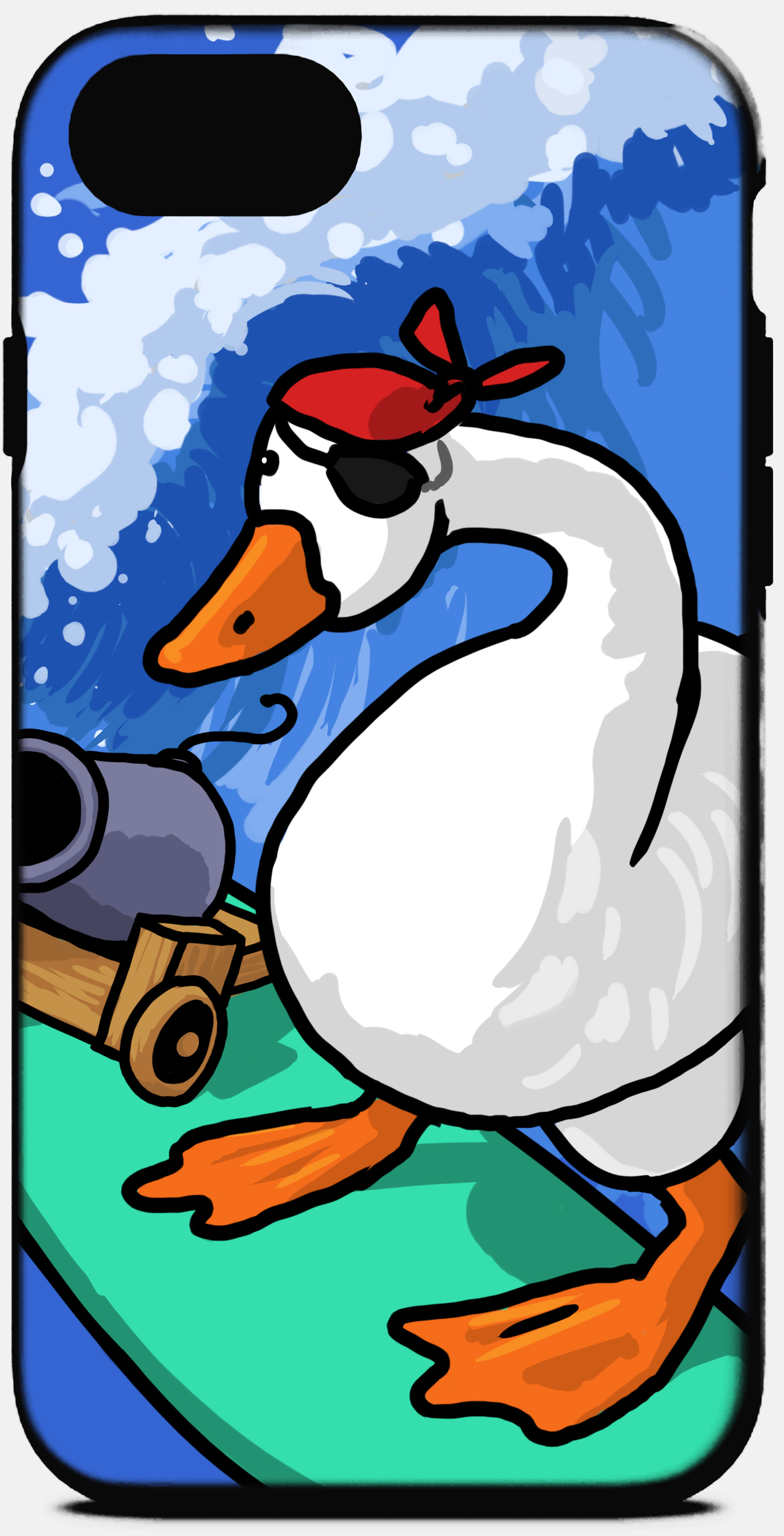 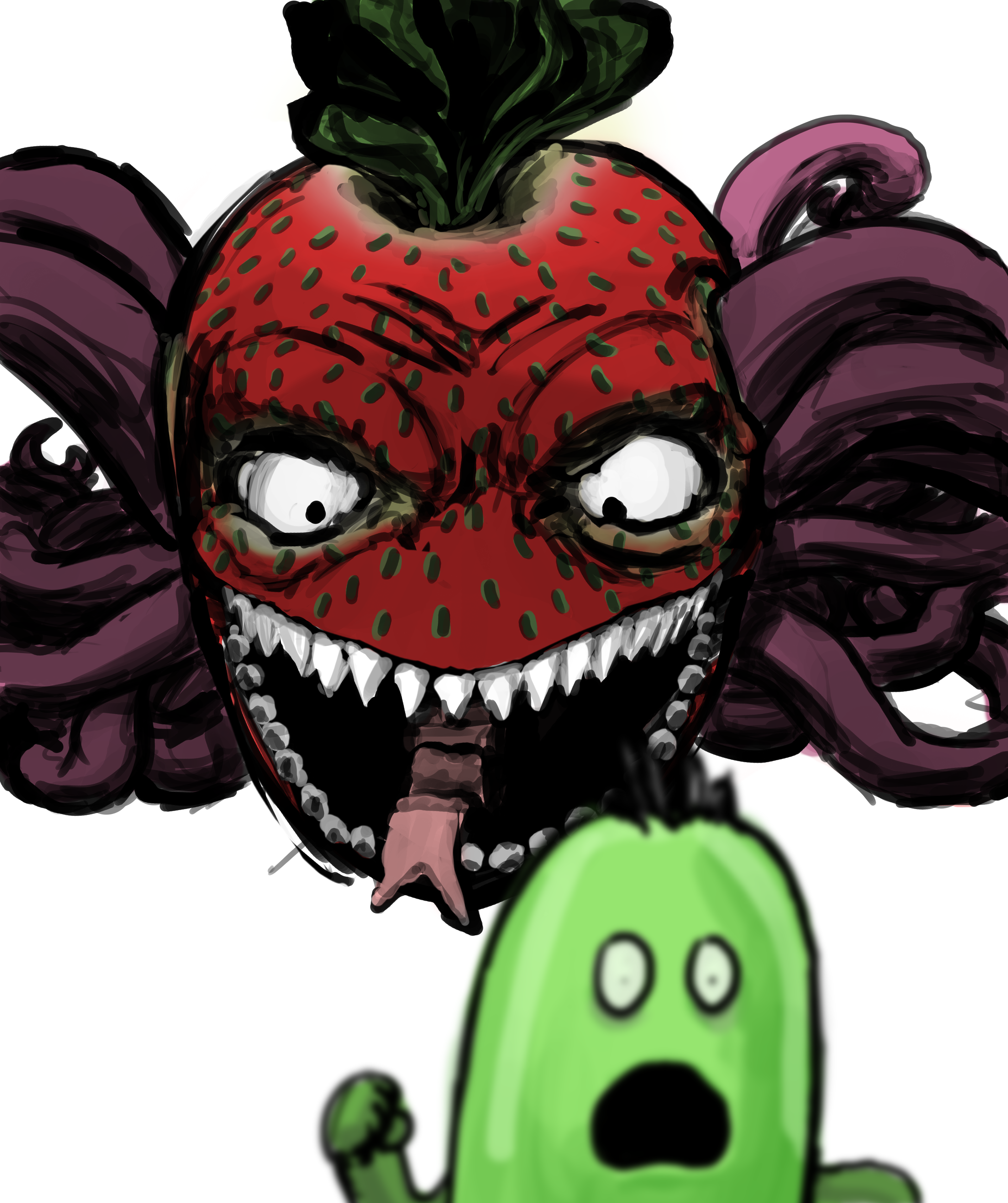 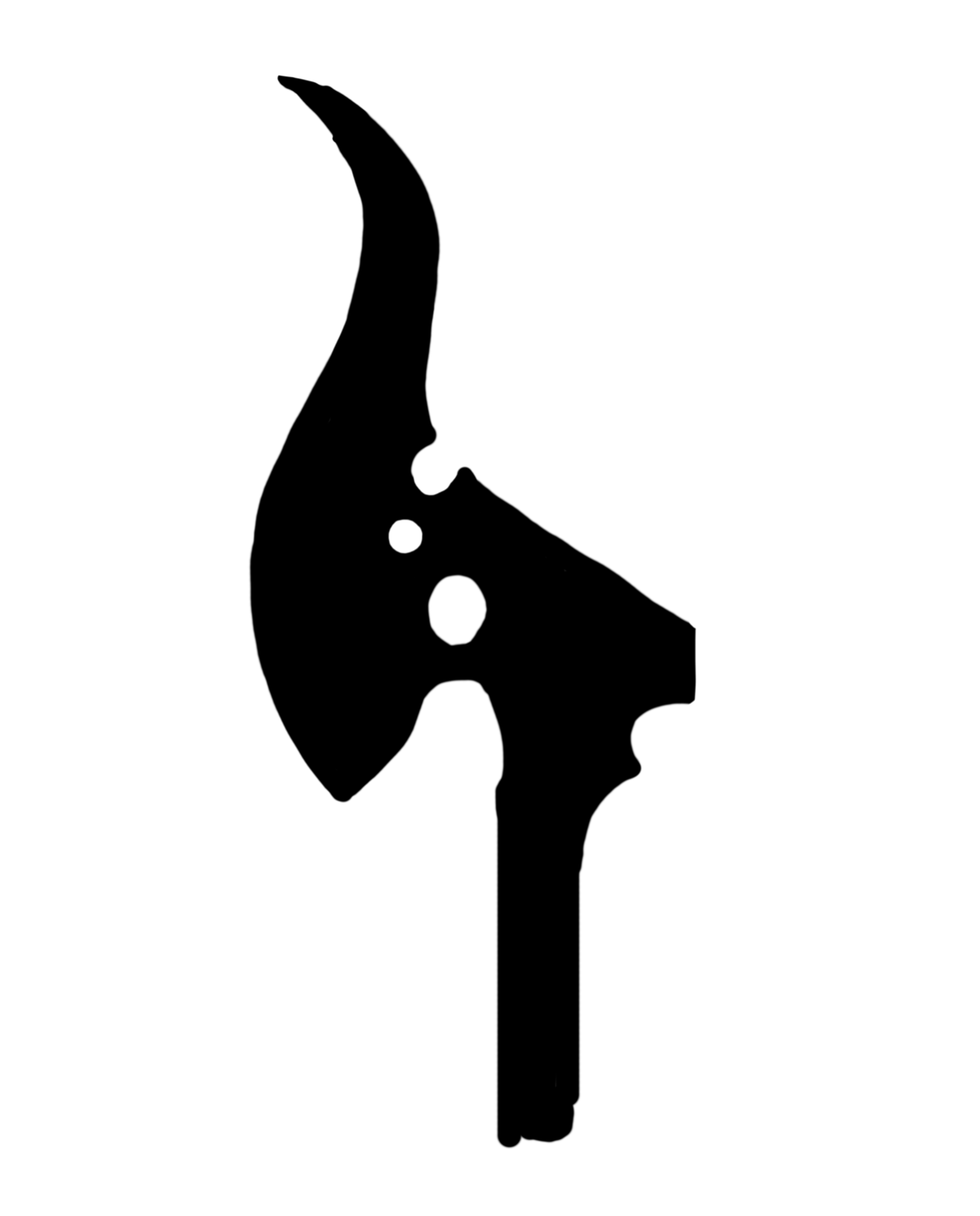 Some miscellaneous design-ish things I have done 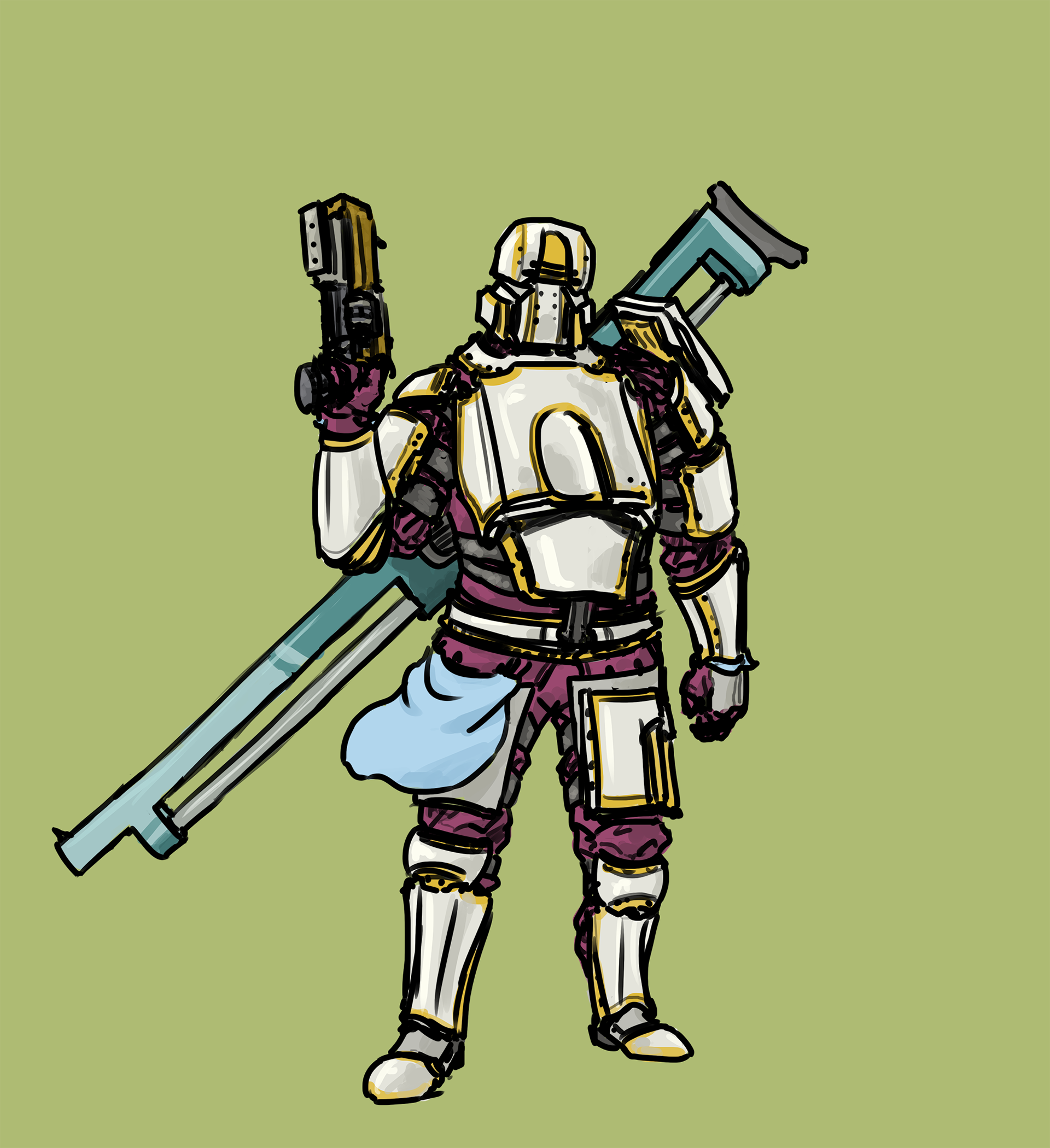 A very old gun that I like. I always used to make the handles too big 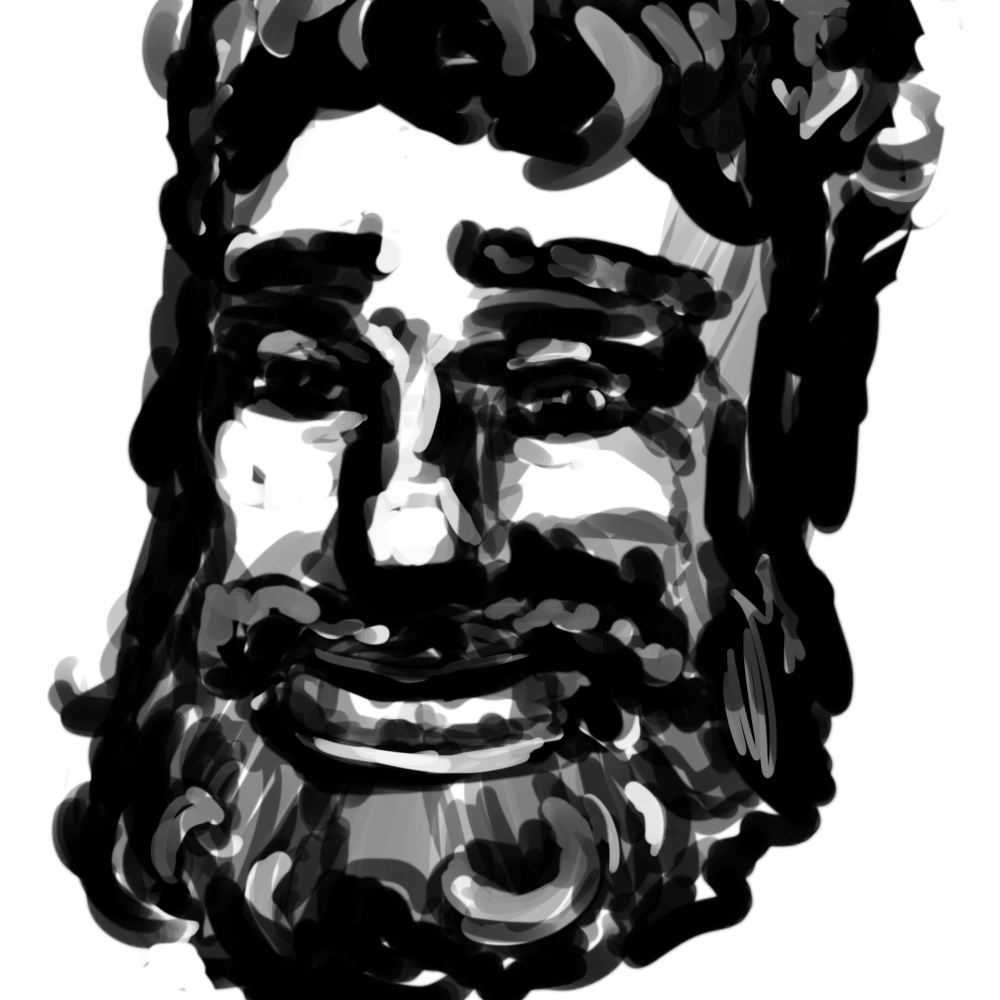 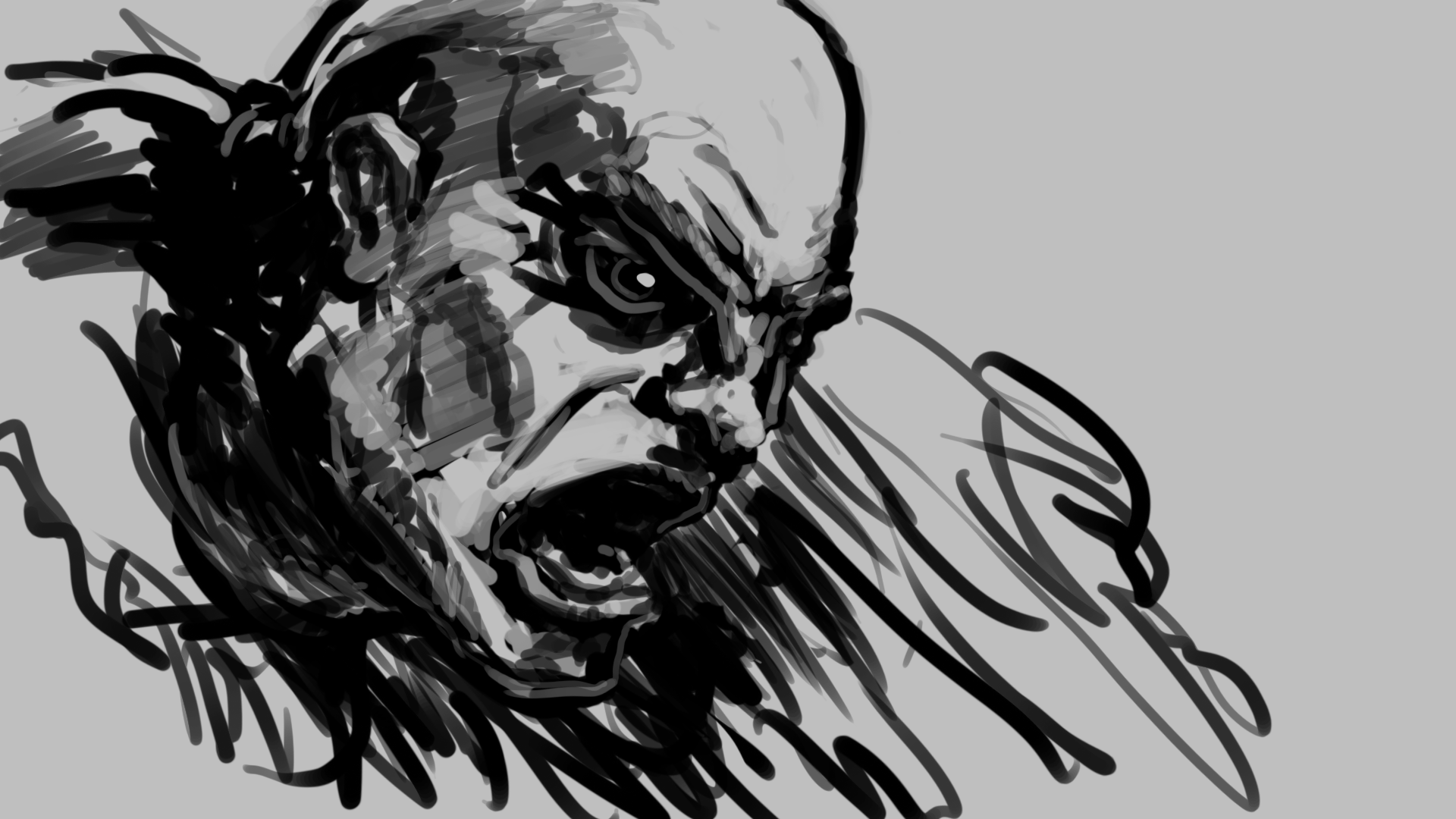 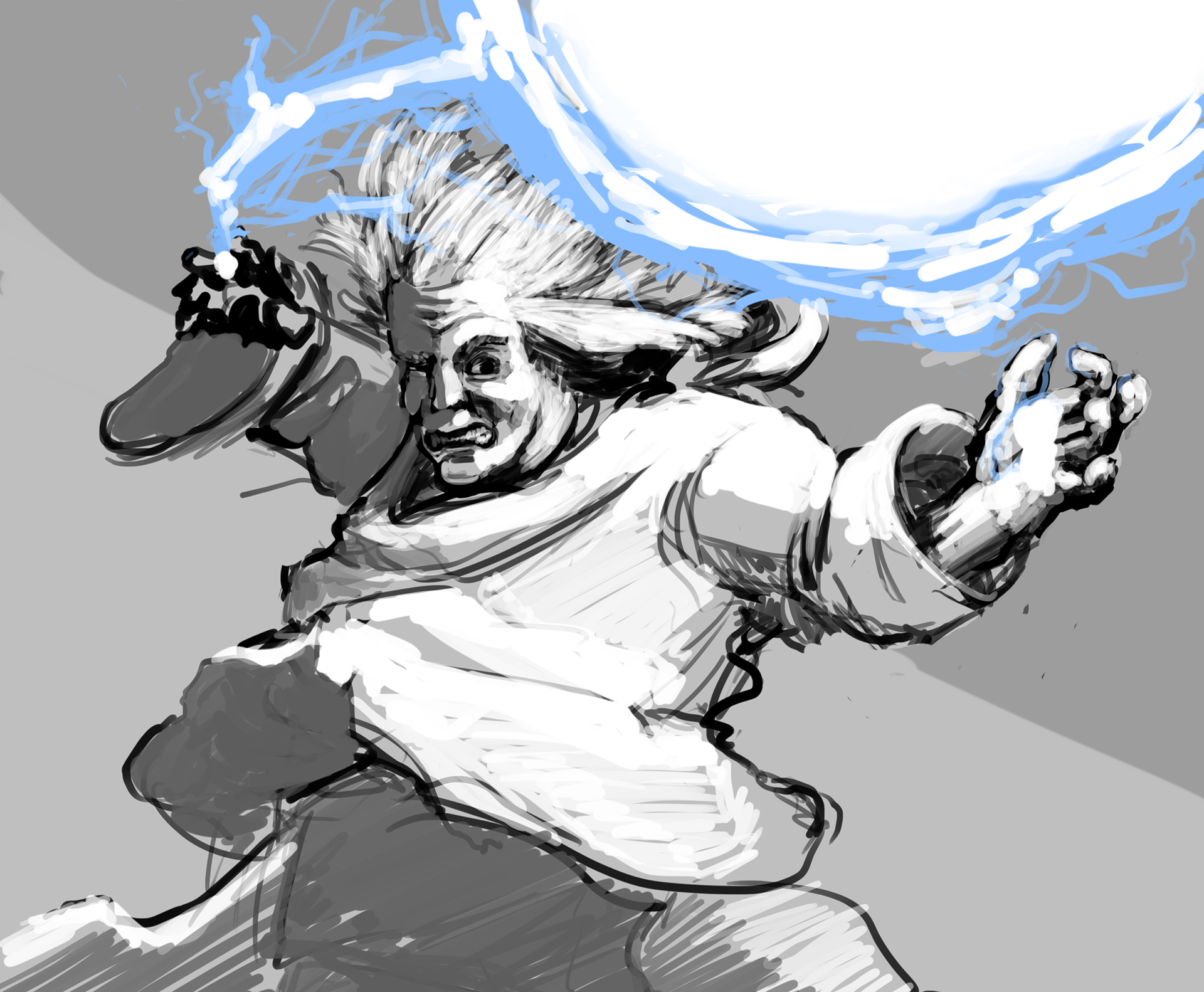 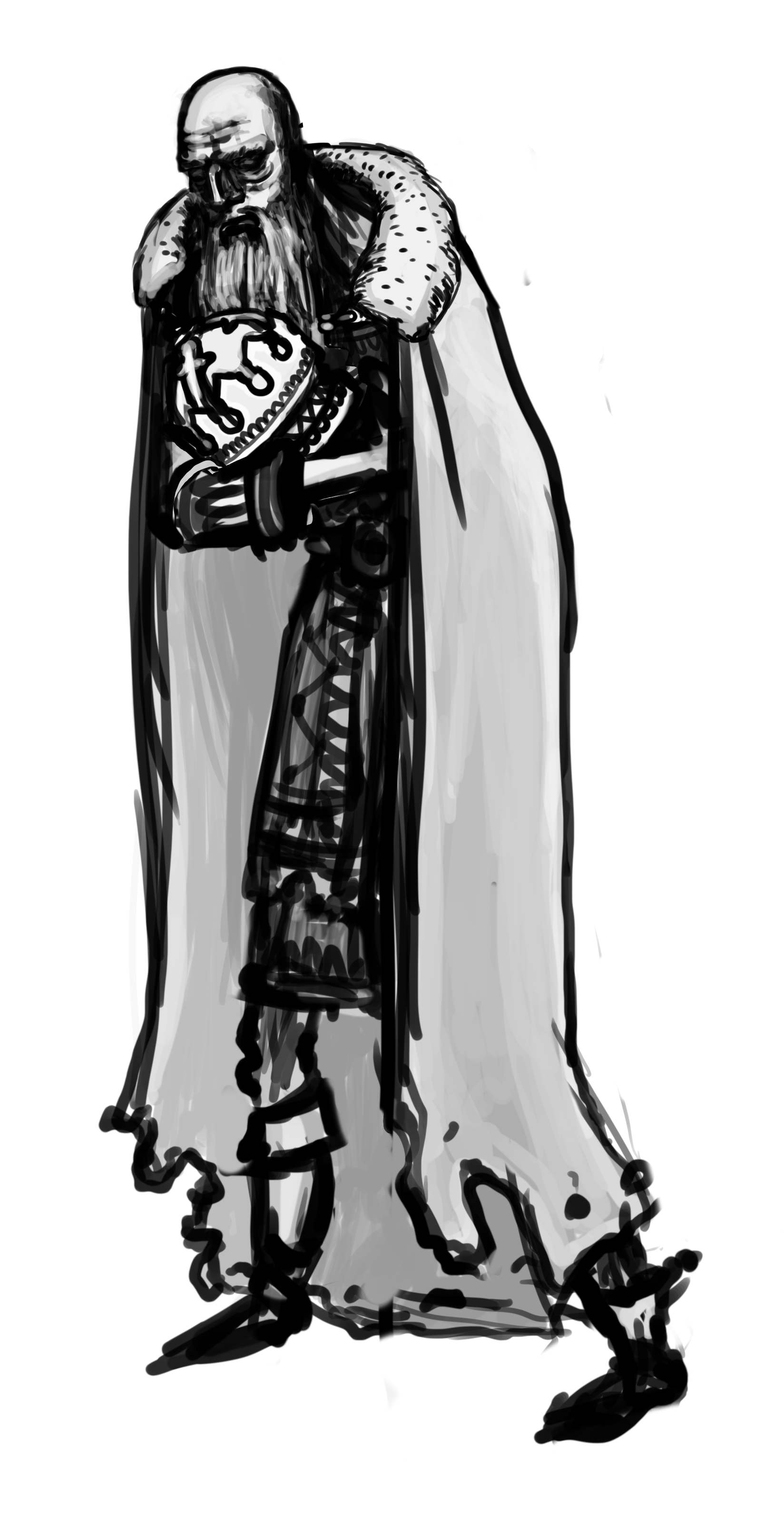 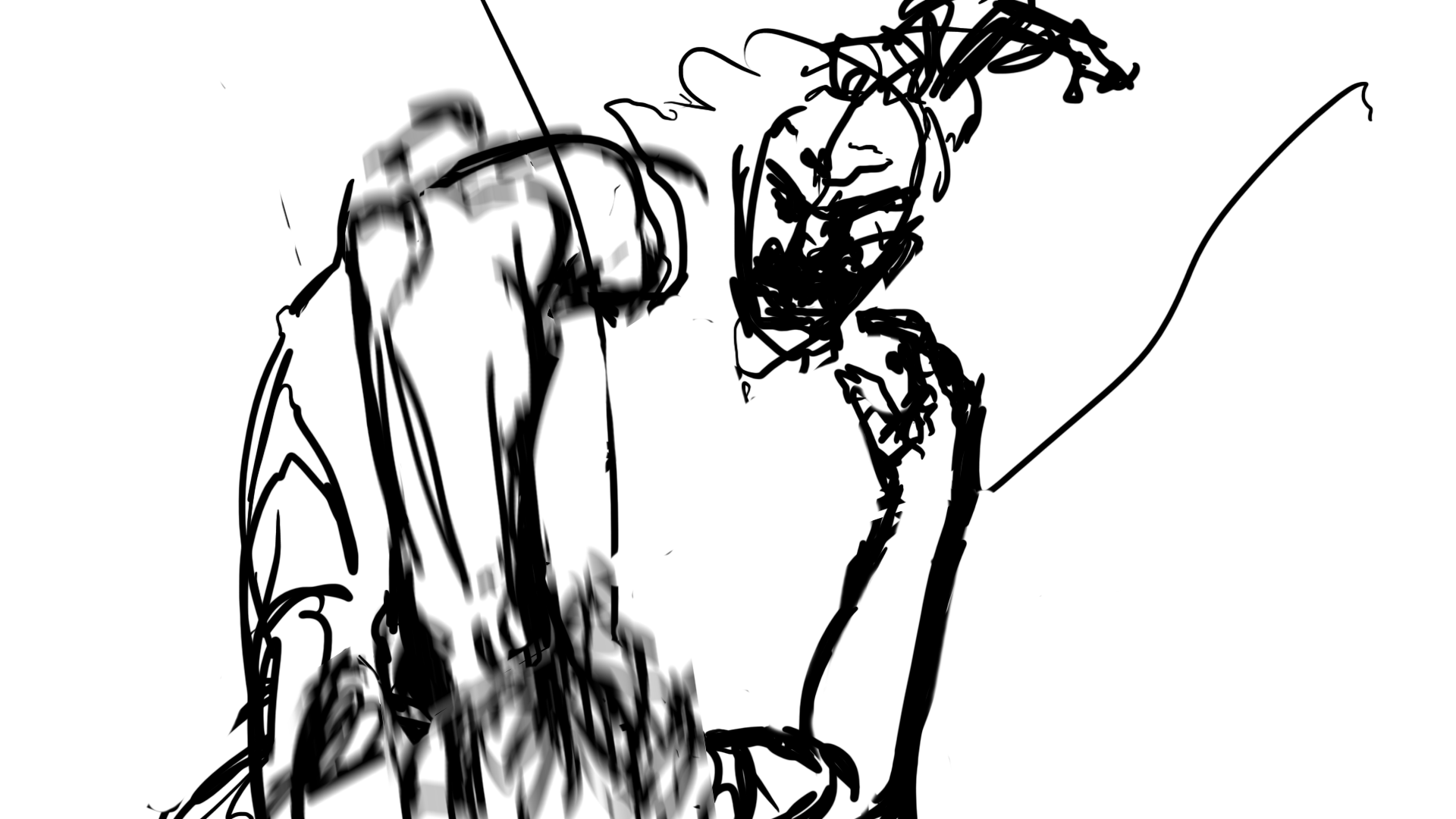 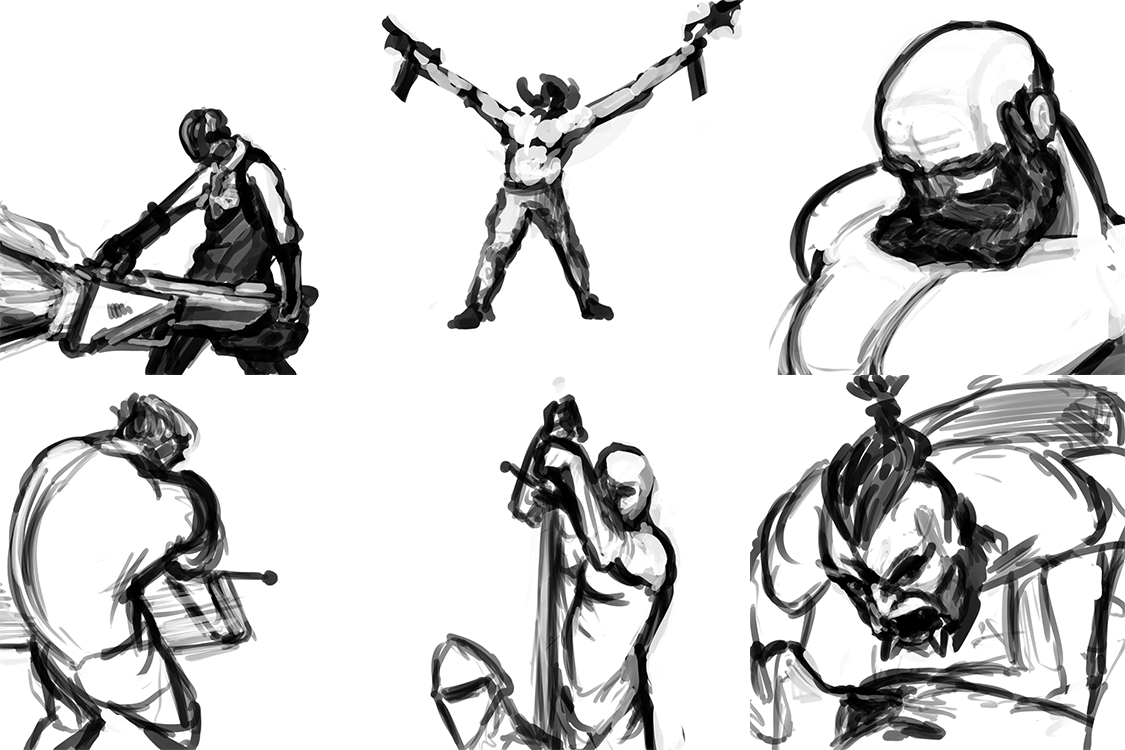 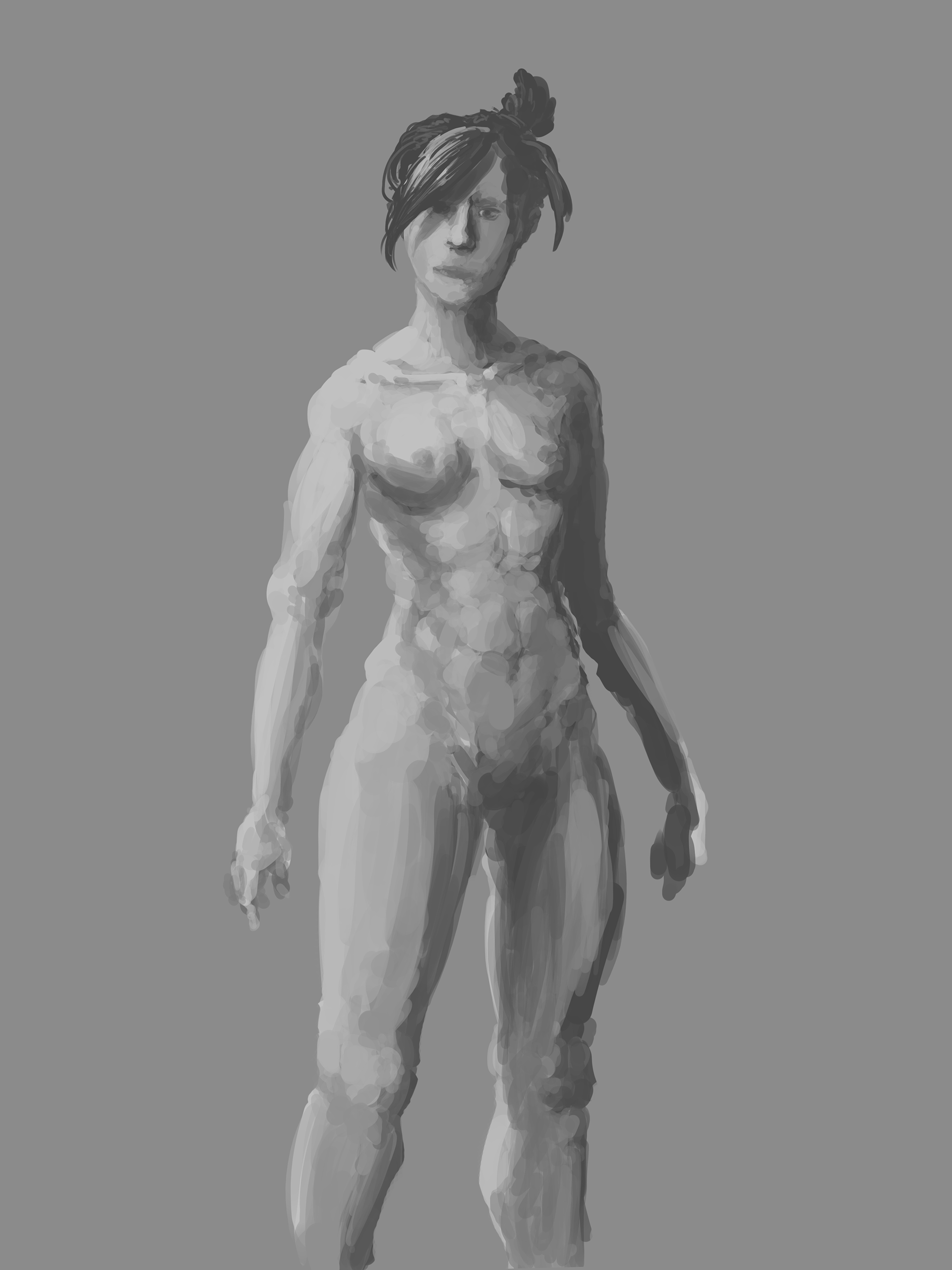 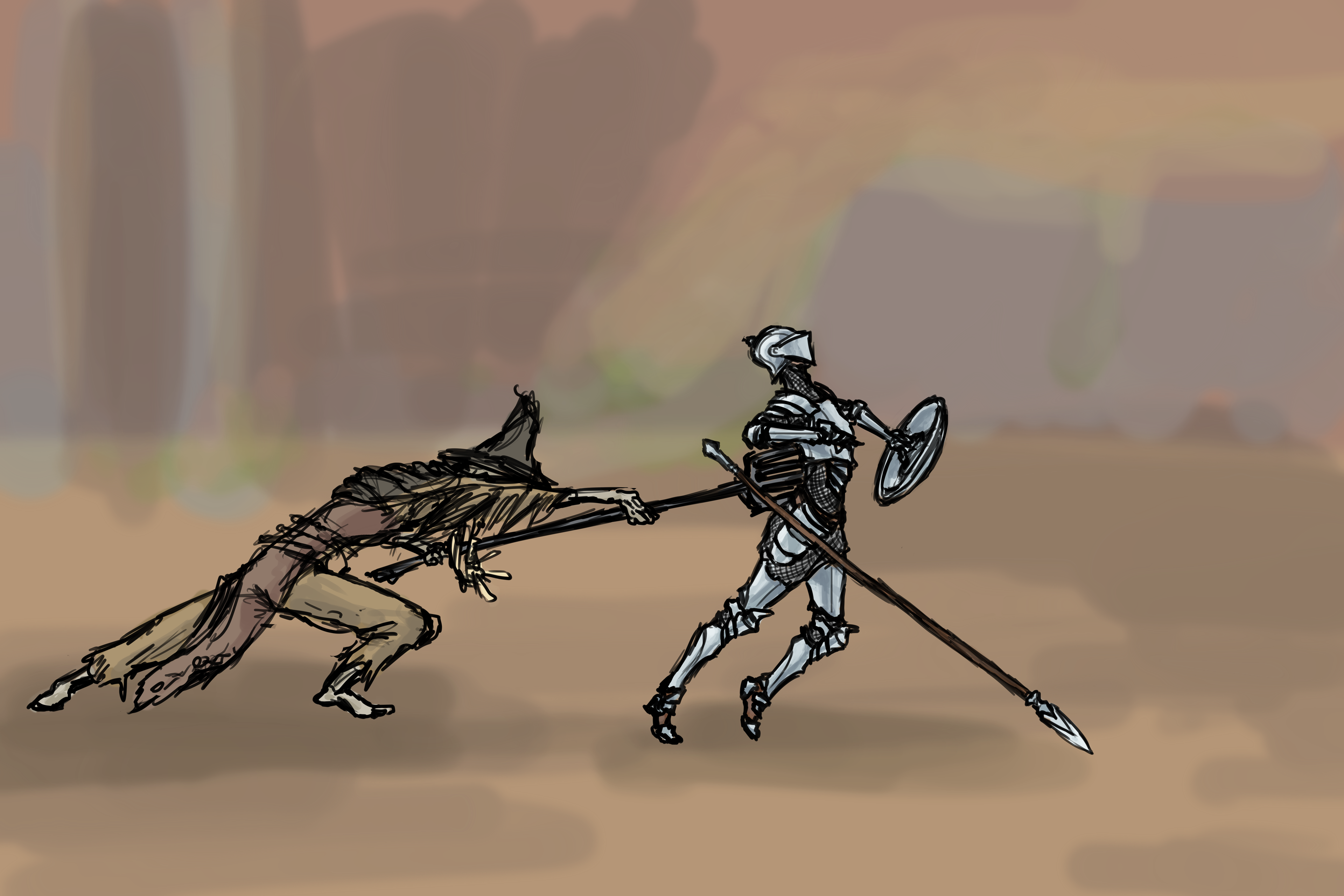 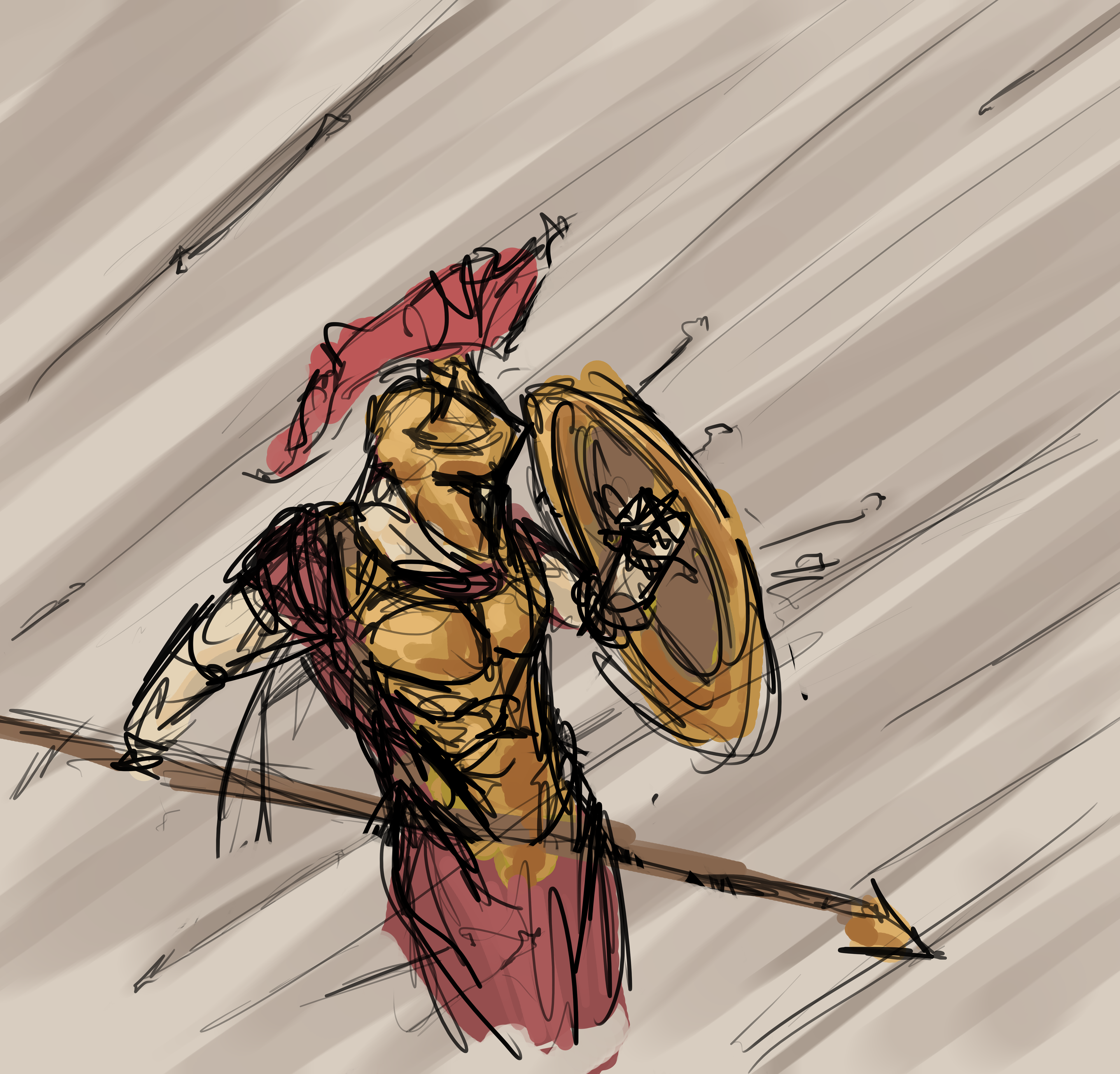 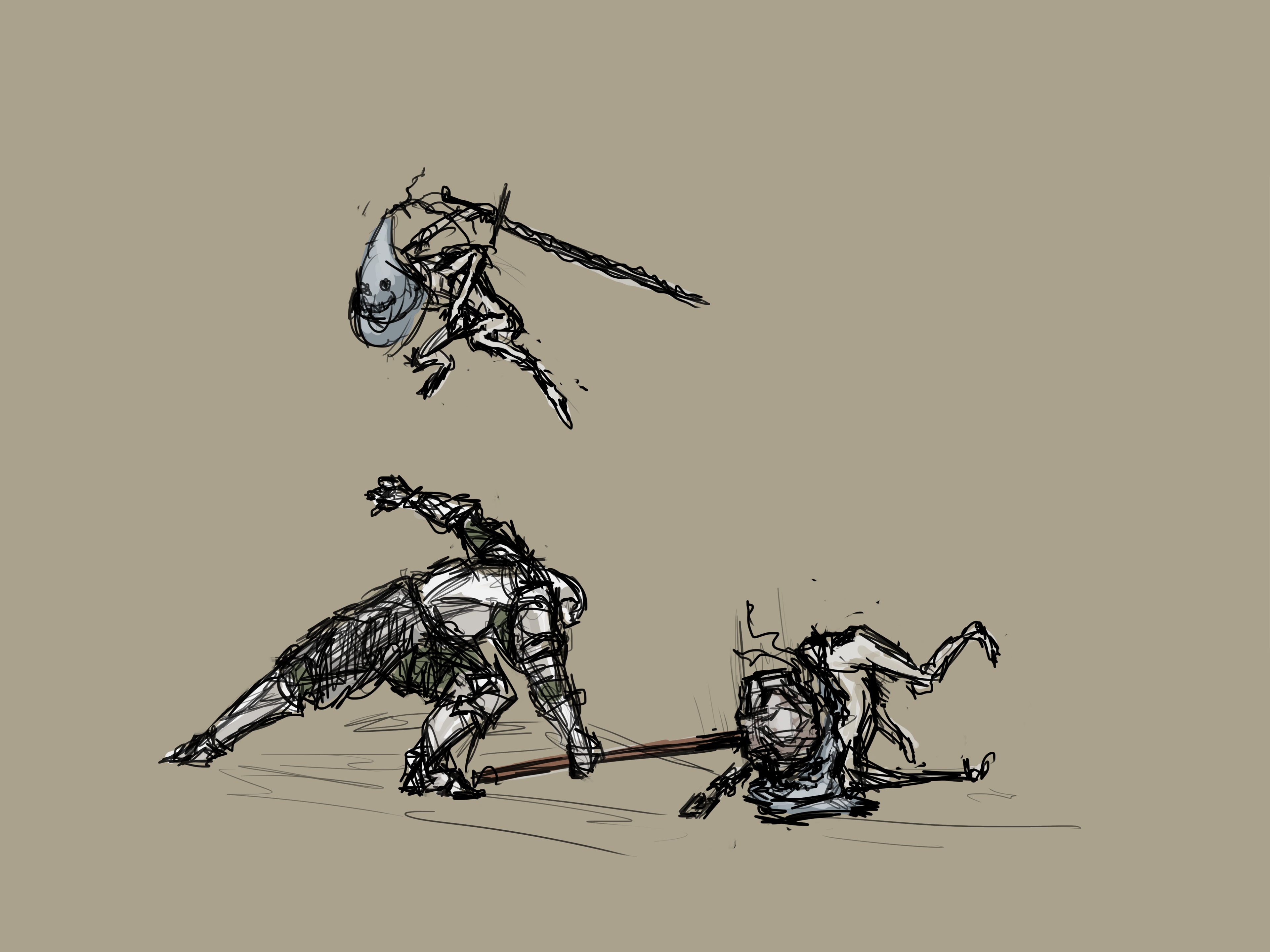 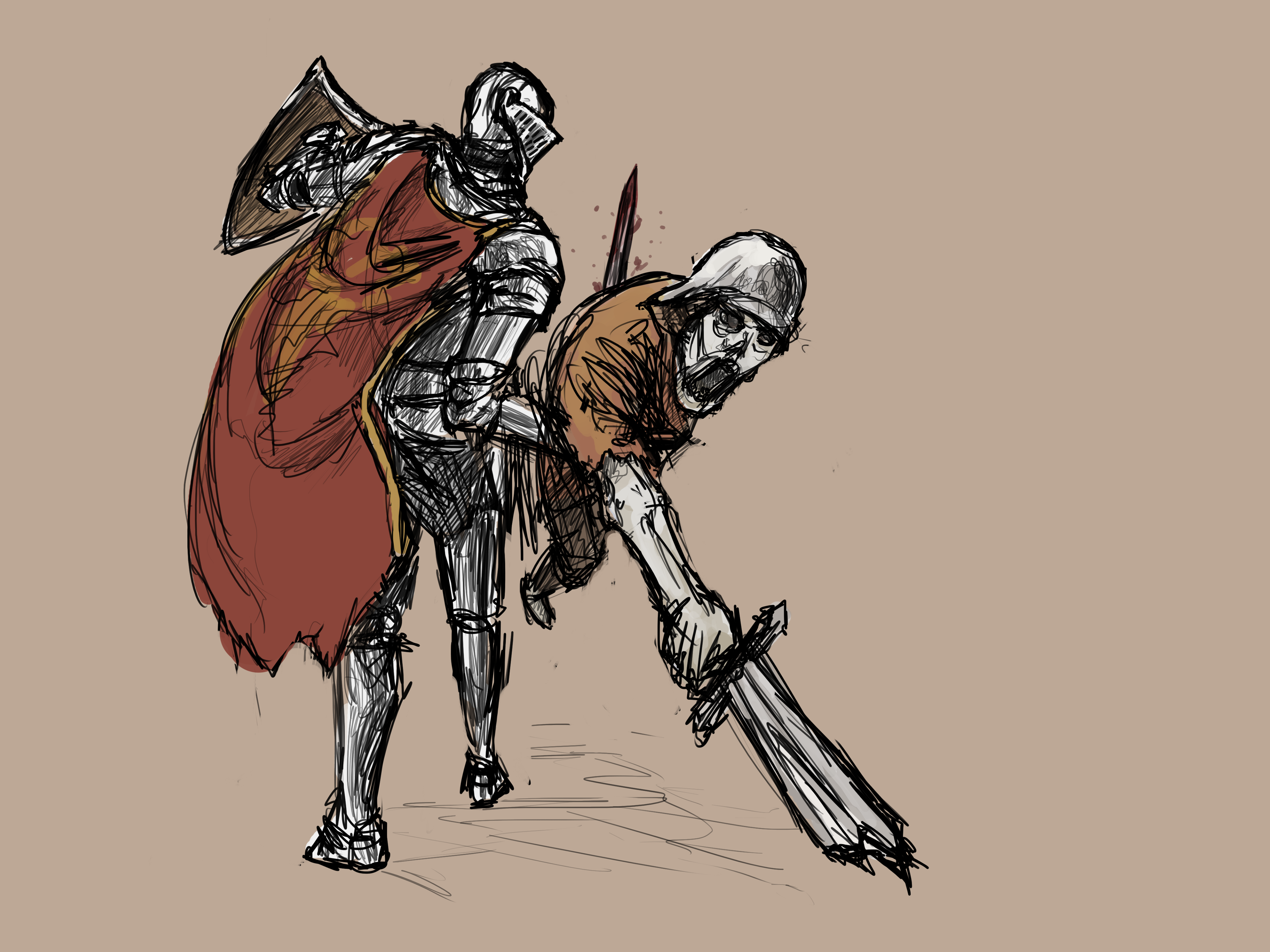 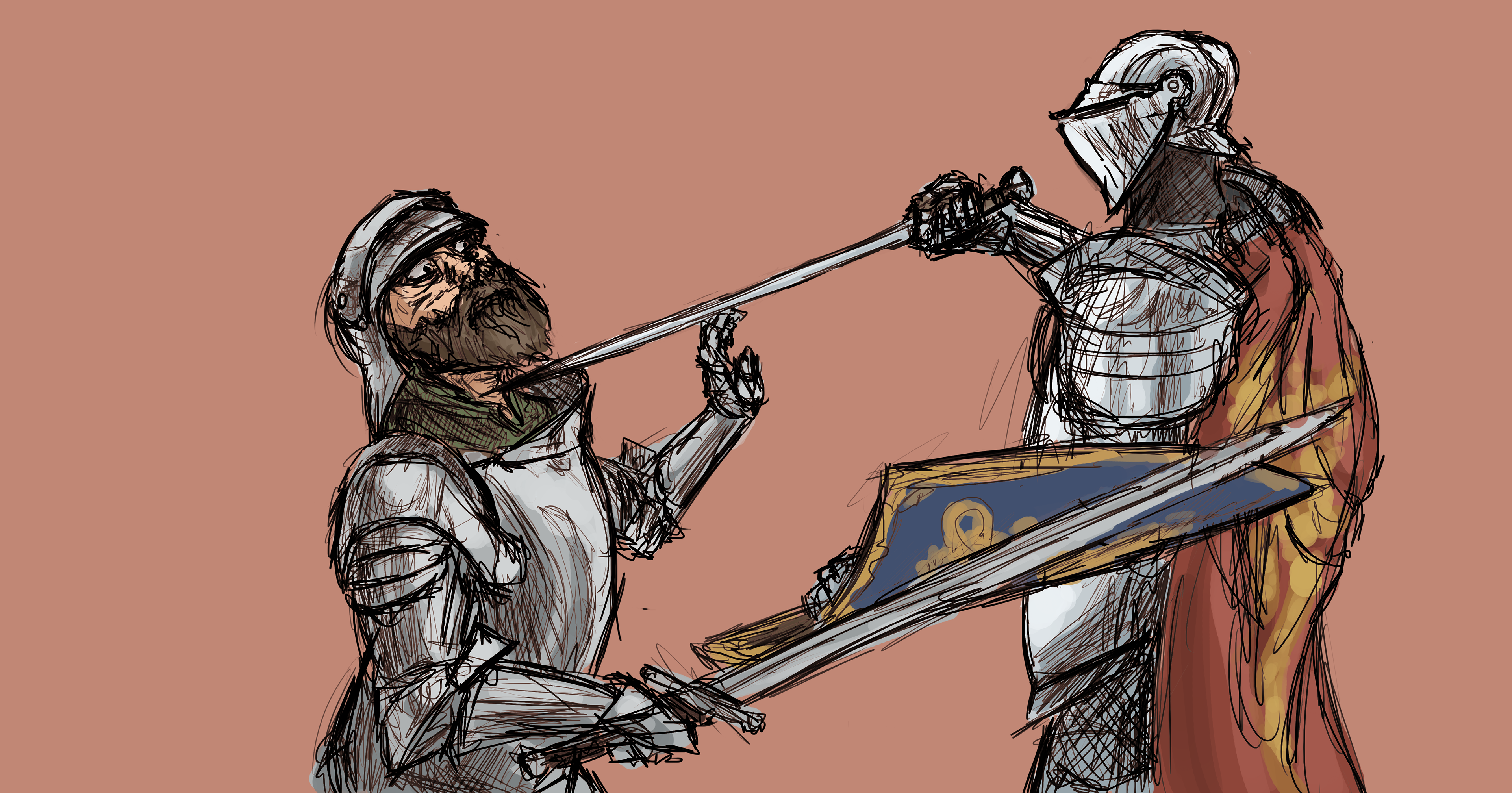 Lothric Knights are cool
On these I gave up on 'painting' shading, and just scribbled 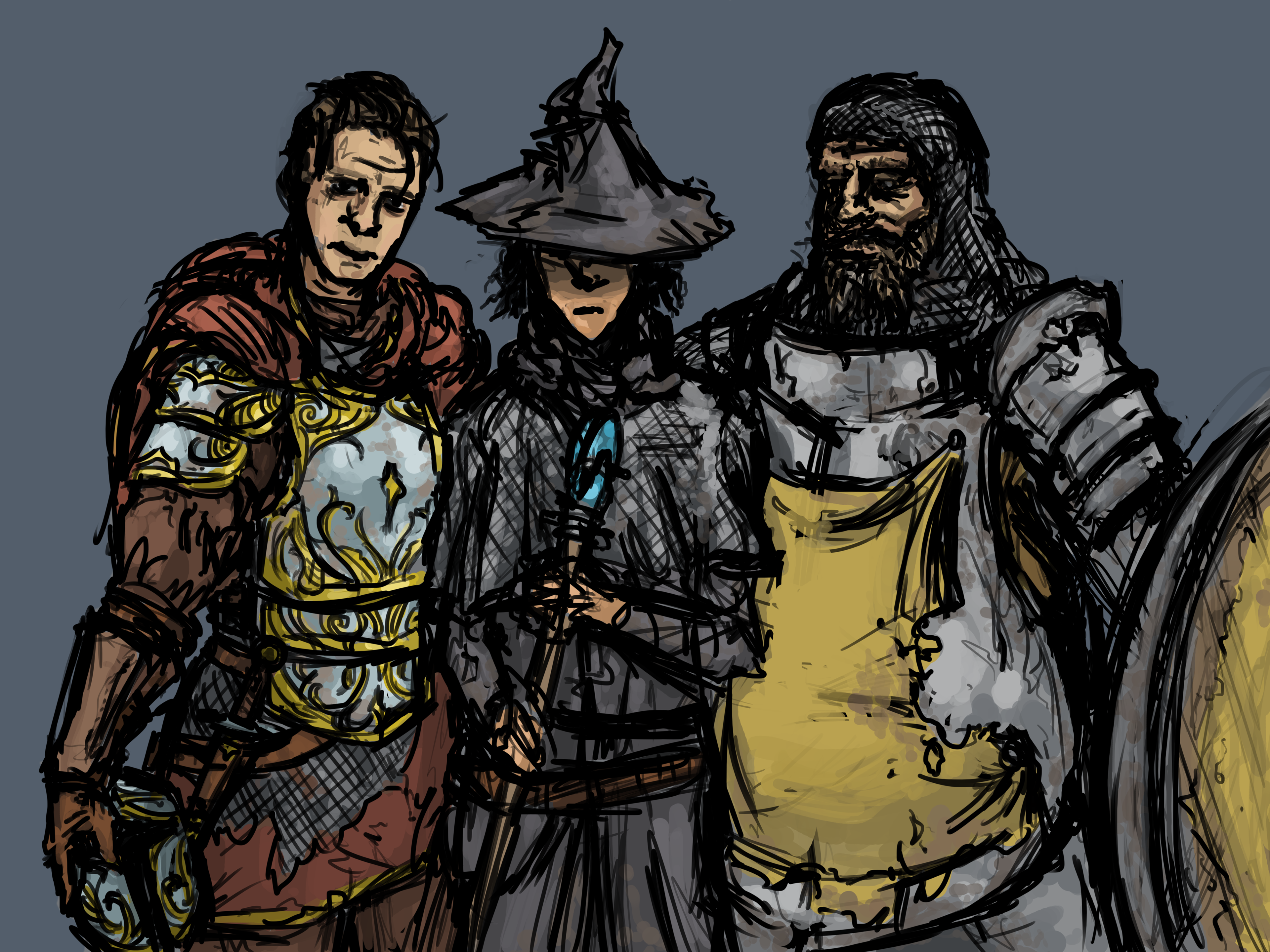 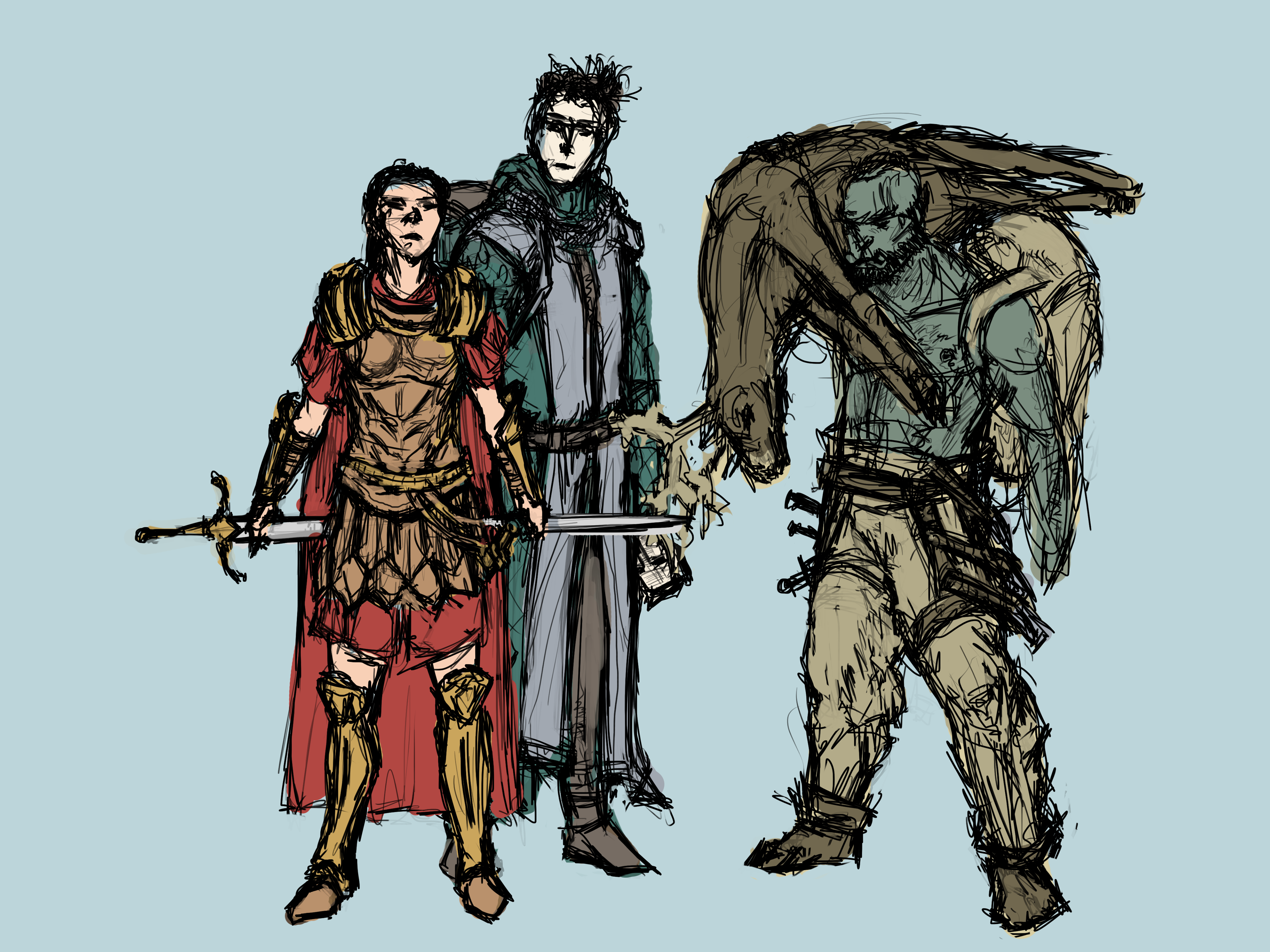 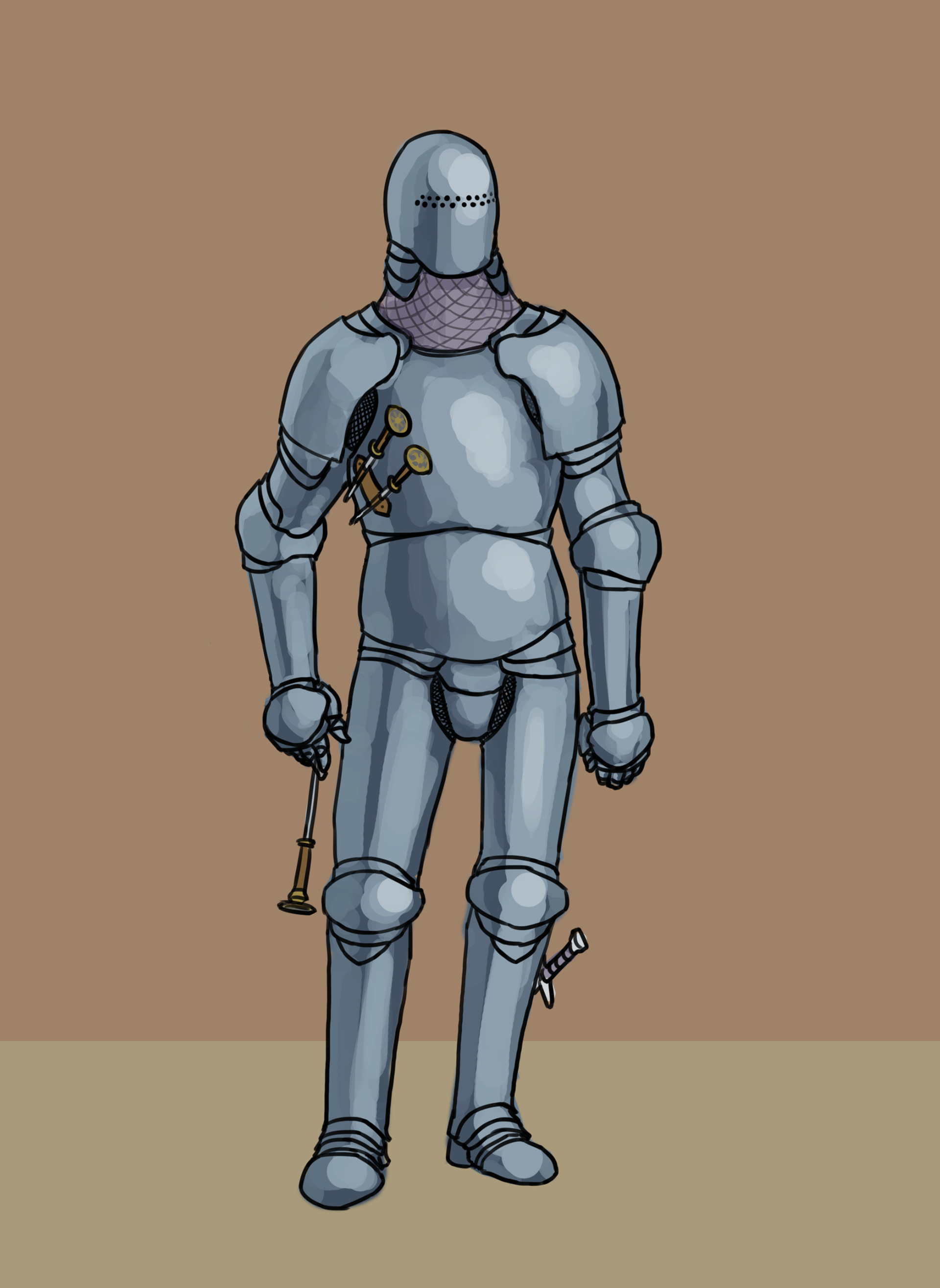 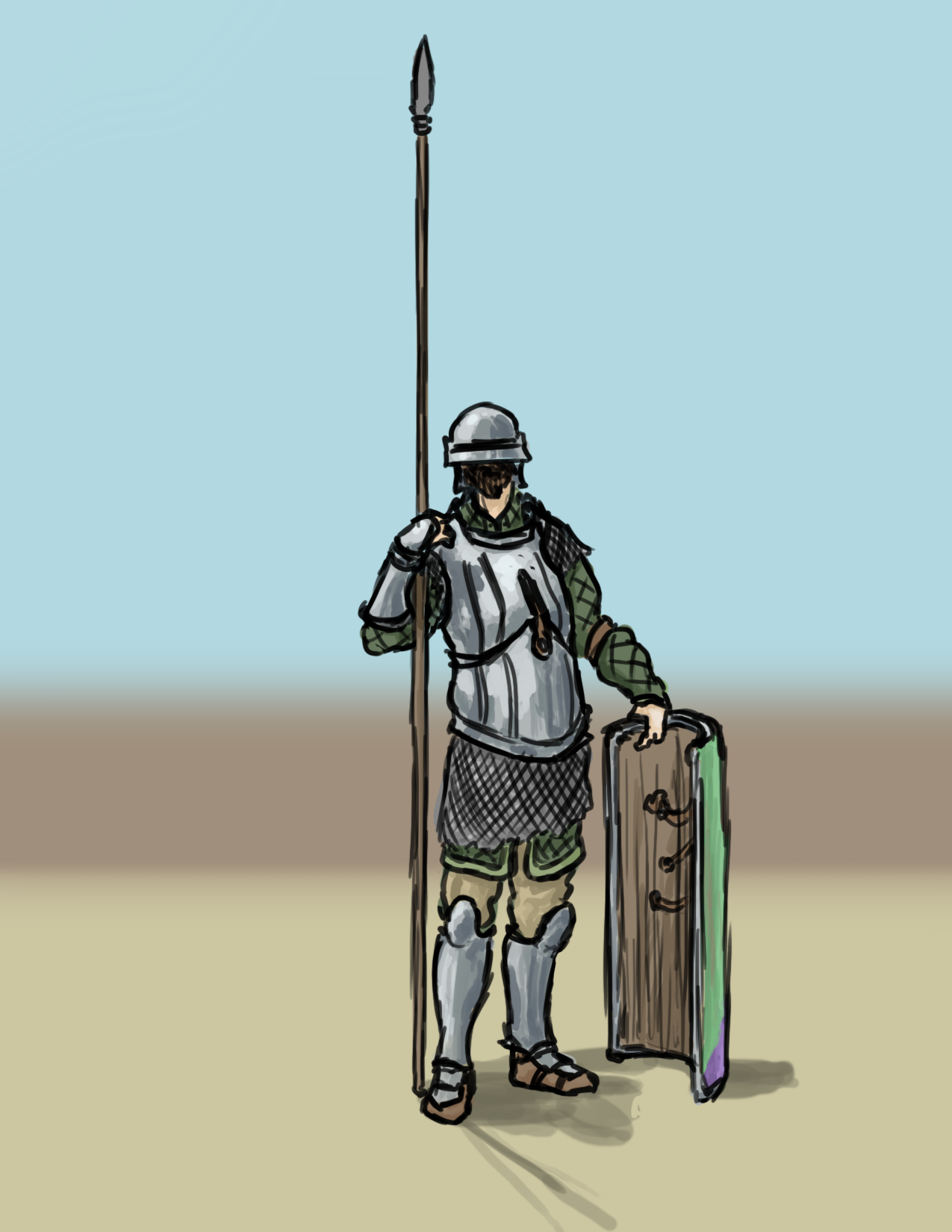 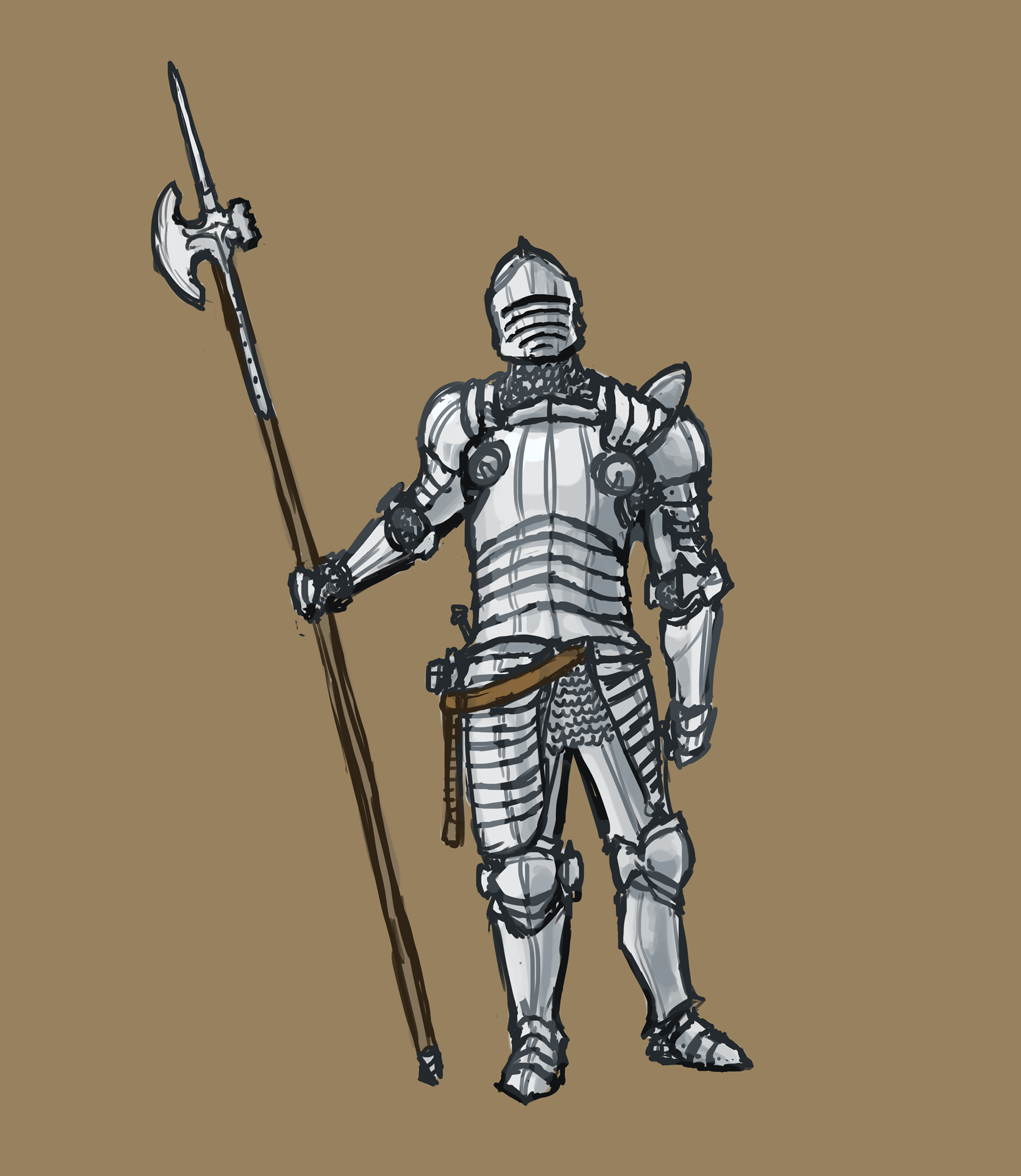 Some old knights: A grappler, a footman, and a tank 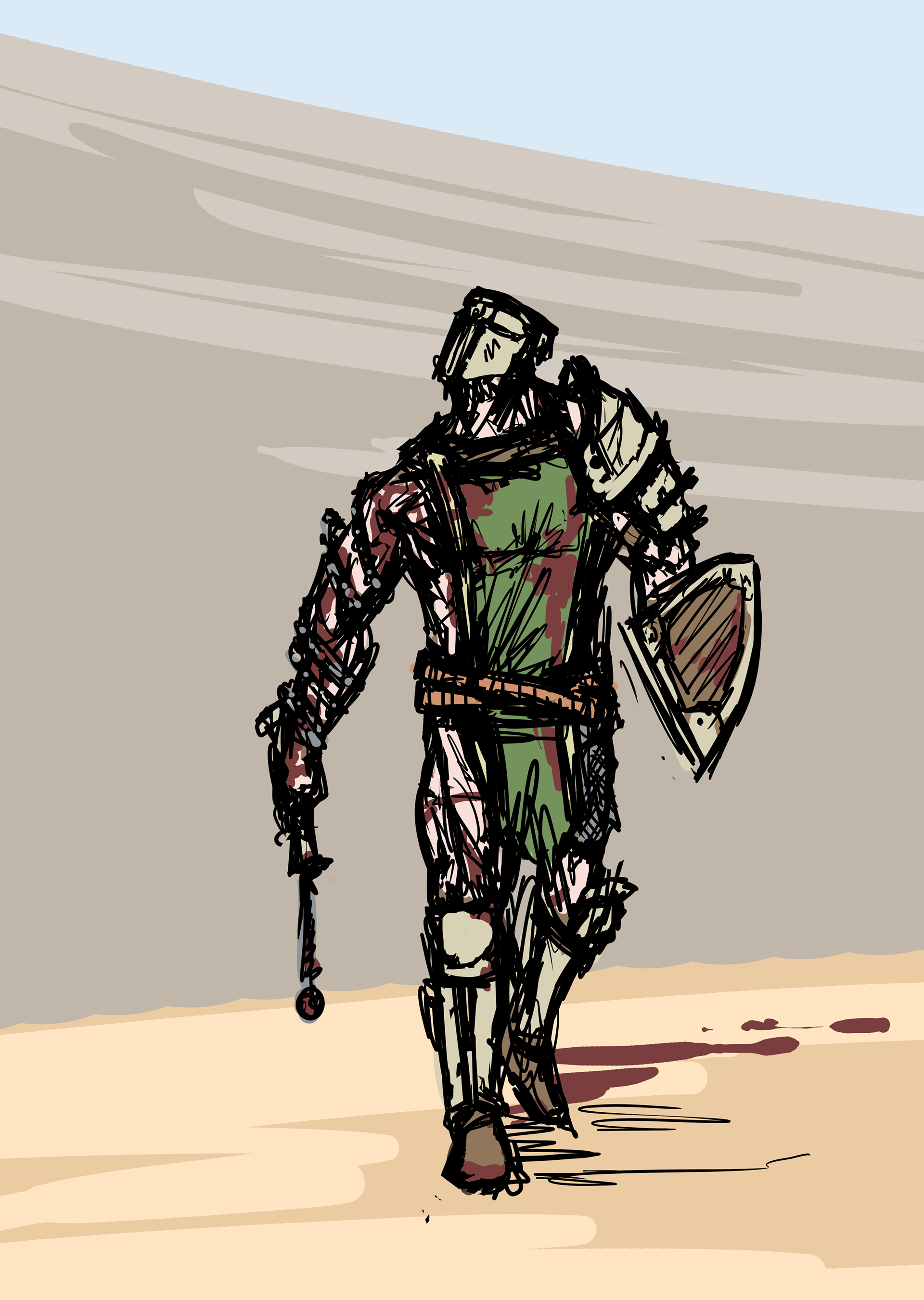 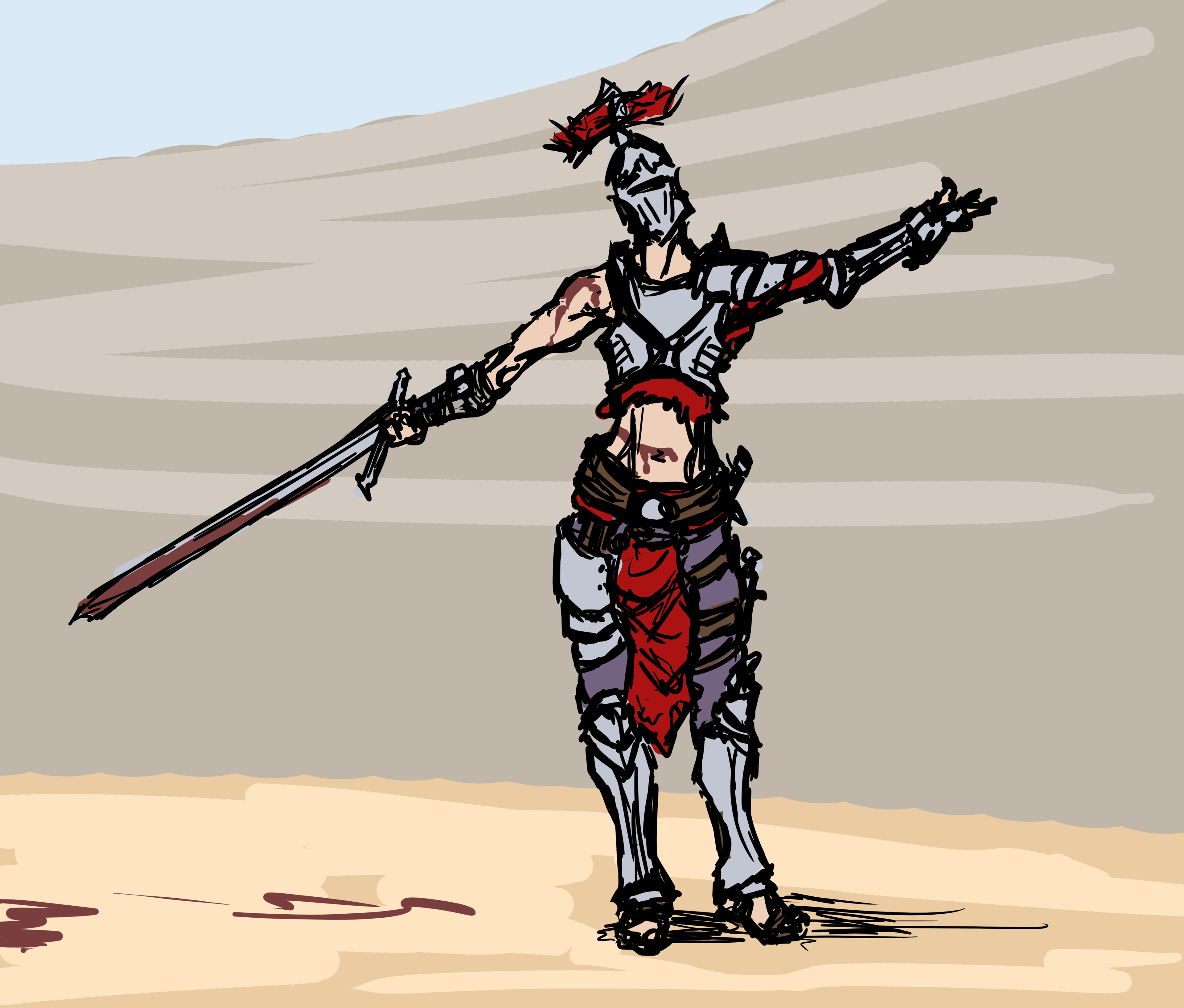 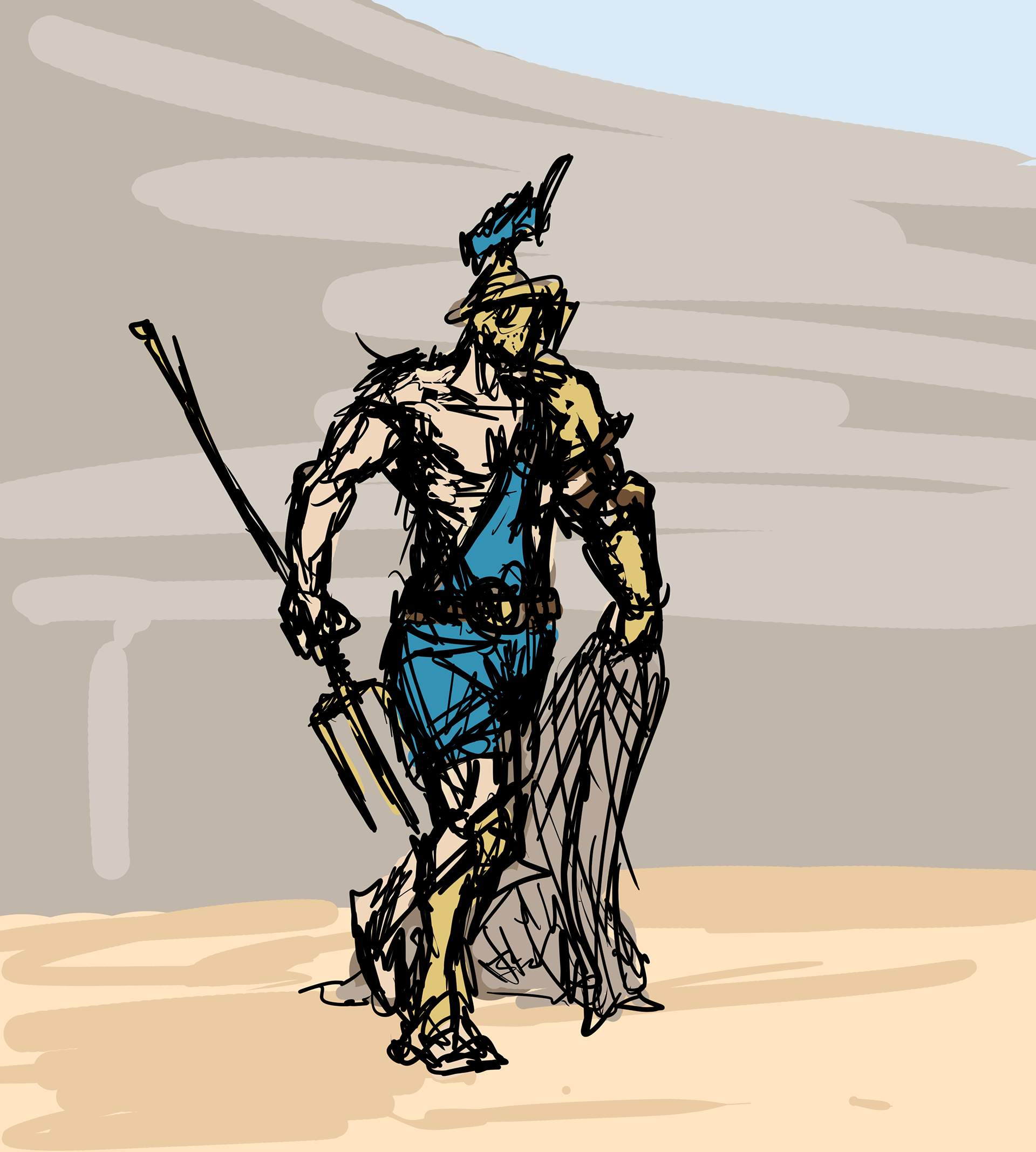 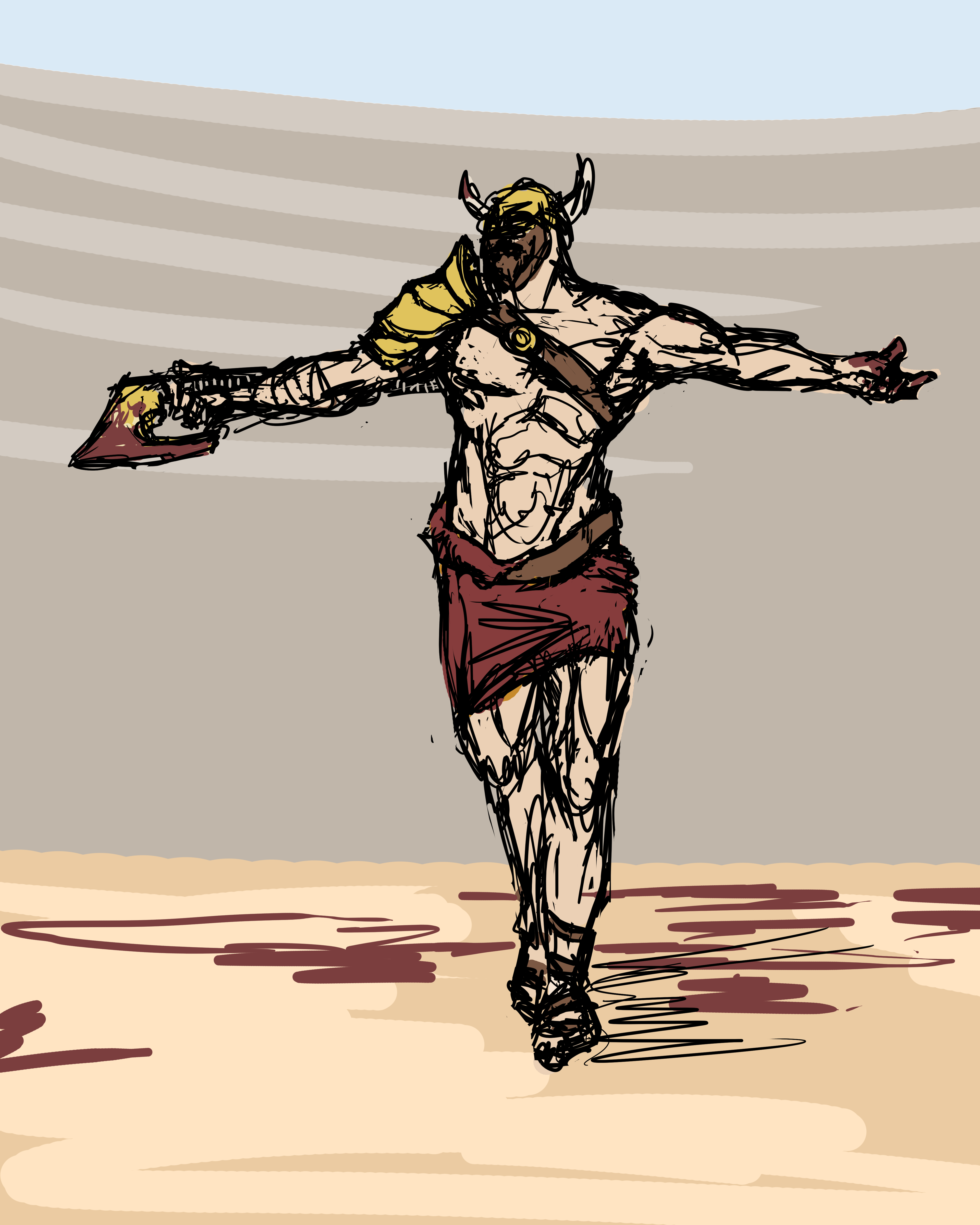